Blue Dream and blueberries combine in a torrent of flavor taking you on an out of this world adventure. HHC is known for its sativa-like effects, often resulting in a euphoric, “energized” high. We recommend starting with 1 gummy, and waiting at least 1 hour before taking more.

Thank you for submitting a review!

Your input is very much appreciated. Share it with your friends so they can enjoy it too!

FacebookTwitter
Be the first to review this item
Filter Reviews:
×
Clear filter
More Filters
A
05/10/2022
Alex

I bought the sample pack a while back and was very impressed with these. The high is a nice relaxing experience and a great way to enjoy a Friday night after a stressful week. 10/10, would recommend. 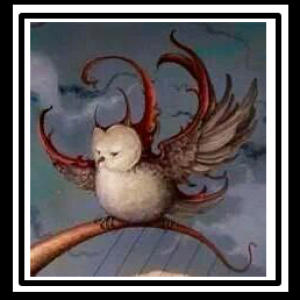 My experience was similar to another reviewer (Ryan), where I developed a tolerance in a little less than a week; however, I had to eat two gummies at a time from day one, then up it to three by the end of the week. I'm not a regular user, btw. In fact, it was my first HCC ever, & only the second time I had tried any edible cannabinoid. I also don't smoke cannabis more than a couple of times/yr. It's been a couple of months since I've had any since it's a bit expensive for the amount I require to feel any effect (mood buff, energy, both of which helped me function in spite of my chronic pain. NOT a pain relief effect, tho). With this next order, I'll be trying to find a way to extend my stash, if you will. It definitely helped so I'd really like to make it work. OMG, I have to mention that my daughter tried it, as well. She had an awful experience! It was her first time w/any cannabinoid, & she was hoping for an assist w/anxiety mgt. Instead, she experienced what seemed to be a BAD TRIP on just one gummy! We're both grateful she was at home when it kicked in rather than driving or out in public. She was NOT ok, & she didn't start coming down for around an hour & fifteen minutes! My experience was nice & gentle...the total opposite of what she went thru.

I like the flavor of both kinds of hhc gummies. They also are very helpful in getting me relaxed. Thank you for making this product to help people.

Stock limit reached for this product!
No products have been added to the bundle.